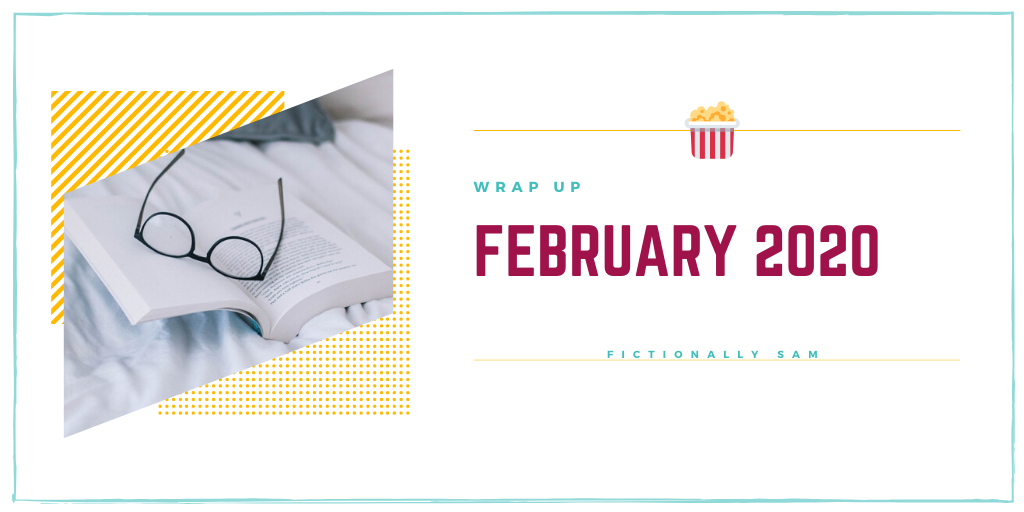 February is the shortest month but dragged for the longest. I honestly thought February wouldn’t end and I was really ready for her to go back to sleep and be gone. These past 29 days were all over the place and honestly I haven’t really processed everything that went down this month, so I’m not gonna word vomit it here.  I know–I’m shocked too.

What I will say is that I started the month on the brink of the weirdest reading slump ever. For the life of me I would start so many books, get to 20% and then jump to something else. This was my life until something happened and I became this reading machine and read all the things! Like I don’t even know what actually happened, but I binged three books in one weekend and just kept plowing through things.

With that said, I read a shit ton this month and also binged a lot of TV, so grab some popcorn and check out everything I consumed for the month of February!

† denotes an ARC/book received in exchange for my honest review.
🎧 denotes Audiobook.

February was a chaotic streamline of past bops and country music. I didn’t really dabble in anything new like I originally wanted to, but the comfort of listening to something you already know you love was super therapeutic for the shit show that was February, so I really didn’t mind. Like always though, here are some tunes that have been on my headset and speakers non stop this month:

How was your February? Let me know!