Mini-Reviews Monday is a monthly series in which I attempt to get caught up on reviews in bulk. These reviews are a highlight reel instead of an in-depth look into my time reading these novels. If you would like an in-depth version of my review, let me know in the comments! 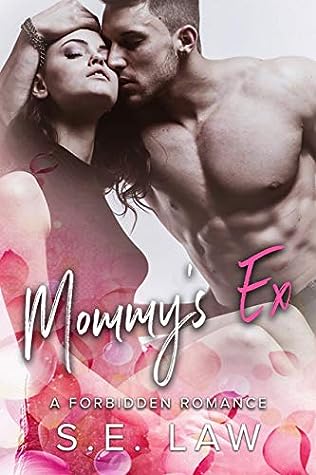 George Pappanapolis is a Greek physician looking to stay in the United States. He’s angling for a green card by getting married to the vivacious blonde Victoria …

… but Victoria has a daughter.

Kayla’s nothing like her mom. She’s sassy, curvy, and utterly irresistible. She gives as good as she gets, and suddenly George finds himself in a whirlwind of confusion when it comes to his family life.

This short story is a steamy tale filled with an OTT alpha male and a feisty curvy girl with a strong will. No cheating, no cliffhangers, and always an HEA!

This was just one big what the fuck. I’m all for taboo stories, and was super excited when I saw this one. But hot damn was this one not my cup of tea. I don’t know if I read something different from the other reviewers, but this wasn’t it at all.

The writing style was super repetitive and several times the same thing was said over and over–like we get it fam. And I’m sorry but who in the world can take that much their first time with anal sex? For a doctor, our hero should have known better. I wished the sex was better, and that their was an actual build up to the relationship rather than it being wam-bam. There was no connection between any of the characters and I had a hard time connecting with any of them because we never got a chance to grow with them.

And if those things weren’t enough– as a bisexual female myself, I didn’t appreciate how the story depicted the mother:

“This is a marriage of convenience, where he gets a green card and she gets a lifestyle upgrade. Not only that, but my mom is likely bisexual, and is using this opportunity to explore her lesbian fantasies, probably with George’s approval.”

Bisexuals and lesbians are two very different orientations. Just because a bisexual is with another women, does not make them lesbians or lesbian fantasies. This isn’t the only instance that rubbed me the wrong way and the only reason I didn’t DNF was because the book is only 50ish pages long, and I was basically almost done.

The Boss Who Stole Christmas by Jana Aston

Please bring me a new boss for Christmas. Mine is the worst. The worst, hidden in a six foot tall package of male perfection. It’d be easier if he looked like an old Scrooge, wouldn’t it?

This was the cutest novella I have probably ever read. I was grinning ear to ear throughout the entirety of this story as I got a front row seat to Holly’s quirky insults and overall hate towards her grouch-like boss Nick. There was a shit ton of description in this story, which a times drew me out of the story because, wow, more description than actual dialogue when we only have so many pages to create a connection and get to the horizontal dance with no pants.

I didn’t much care for Holly’s constant jumping to conclusions and putting her foot in her ass because Nick’s face twitched a certain way so obviously that means that he was using her. However even with those negatives, I still enjoyed the crap out of this story and am excited to see what the other two in the series are like! 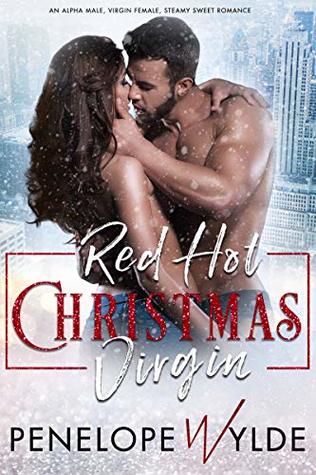 Tonight I’m shattering all the rules.

I knew better than to fall for my best friend’s little sister, but she’s worth everything to me—even breaking an oath to the man who was the closest thing I had to a brother.

Every day is a struggle to remember she’s one hundred percent off-limits and way too young and innocent for a war-hardened Marine Captain like myself. But when I’m around her, I lose all my hard-earned self-control. And when we’re apart, I realize she’s my sole reason for breathing.

But she’s done waiting for me. She’s ready to walk away. I won’t let that happen. Not now. Not ever. I’ll burn in hell for breaking that damn promise, but she’s worth it. It’s Christmas Eve and tonight I’m ready to claim the best Christmas present of all.

Author’s naughty note: Looking for wildly hot, over-the-top sweetness and a possessive alpha hero, and a feisty, untouched heroine? Then this one is for you! Sweet, filthy in an oh-so-good way, and so ridiculously hot you’ll be begging for more! Like you’ll find in all my books, this is a safe romance with a HEA & NO CHEATING!

Short, sweet, and to the point, this one was an okay read for me. I liked the initial plot behind the story but I kind of felt like the execution of it wasn’t solid enough. A lot of the time when things were said in one POV, the other POV would backtrack instead of it being a continuous flow. There were also a crap ton of instances where for example, clothes would have been taken off but then a few pages later we are back to taking the same article of clothing off the same person. This choppiness is mostly seen during the sex scene as we are constantly jumped from one area of the home to the next with no real direction or reason on how we ended up there.  However, I realized that this was the authors debut story (if her amazon catalog is correct), so I’m hoping that it gets better the more I waddle through her backlist!

Its finally #MAY!!! May is always a fun month for