I cannot begin to describe to you how giddy I am for this upcoming years line up of stories that will both grace our shelves but also grace our screens. From the cinema to the bookstore, this new year isn’t playing around and that honestly makes this blogger super stinking happy.

With that excitement, let’s talk about why you clicked on this shindig! I’m trying something new out in the spirit of a new year donning upon us. Instead of having two separate posts about my most anticipated movie releases and my most anticipated book releases, I thought it would be nifty to combine them! Let me know if you prefer this style over the other in the comments below!

And with that, sit back, grab some popcorn and a blanket, and let’s see what’s coming down the pike!

Dr. John Dolittle lives in solitude behind the high walls of his lush manor in 19th-century England. His only companionship comes from an array of exotic animals that he speaks to on a daily basis. But when young Queen Victoria becomes gravely ill, the eccentric doctor and his furry friends embark on an epic adventure to a mythical island to find the cure.

Old-school cops Mike Lowery and Marcus Burnett team up to take down the vicious leader of a Miami drug cartel. Newly created elite team AMMO of the Miami police department along with Mike and Marcus go up against the ruthless Armando Armas.

Mickey Pearson is an American expatriate who became rich by building a marijuana empire in London. When word gets out that he’s looking to cash out of the business, it soon triggers an array of plots and schemes from those who want his fortune. 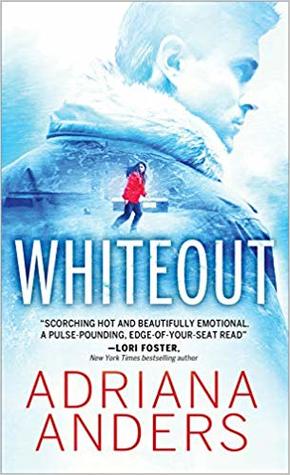 With a storm coming and a killer on the loose,
every step could be their last…

Angel Smith is finally ready to leave Antarctica for a second chance at life. But on what was meant to be her final day, the remote research station she’s been calling home is attacked. Hunted and scared, she and irritatingly gorgeous glaciologist Ford Cooper barely make it out with their lives…only to realize that in a place this remote, there’s nowhere left to run.

Isolated with no power, no way to contact the outside world, and a madman on their heels, Angel and Ford must fight to survive in the most inhospitable—and beautiful—place on earth. But what starts as a partnership born of necessity quickly turns into an urgent connection that burns bright and hot. They both know there’s little chance of making it out alive, and yet they are determined to weather the coming storm—no matter the cost.

The fifth installment in Seanan McGuire’s award-winning, bestselling Wayward Children series, Come Tumbling Down picks up the threads left dangling by Every Heart a Doorway and Down Among the Sticks and Bones

When Jack left Eleanor West’s School for Wayward Children she was carrying the body of her deliciously deranged sister–whom she had recently murdered in a fit of righteous justice–back to their home on the Moors.

But death in their adopted world isn’t always as permanent as it is here, and when Jack is herself carried back into the school, it becomes clear that something has happened to her. Something terrible. Something of which only the maddest of scientists could conceive. Something only her friends are equipped to help her overcome.

Eleanor West’s “No Quests” rule is about to be broken. 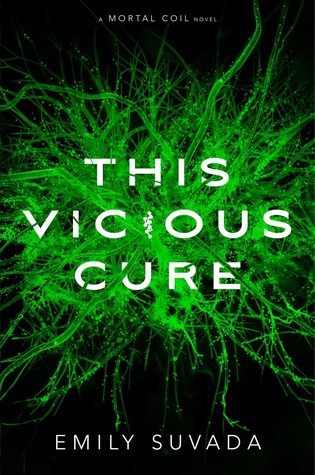 Cat is desperate to find a way to stop Cartaxus and the plague in this gripping finale to a series New York Times bestselling author Amie Kaufman says “redefines ‘unputdownable!’”

Cat’s hacking skills weren’t enough to keep her from losing everything—her identity, her past, and now her freedom. She’s trapped and alone, but she’s survived this long, and she’s not giving up without a fight.

Though the outbreak has been contained, a new threat has emerged—one that’s taken the world to the brink of a devastating war. With genetic technology that promises not just a cure for the plague, but a way to prevent death itself, both sides will stop at nothing to seize control of humanity’s future.

Facing her smartest, most devastating enemy yet, Cat must race against the clock to protect her friends and save the lives of millions on the planet’s surface. No matter the outcome, humanity will never be the same.

And this time, Cat can’t afford to let anything, or anyone, stand in her way.

Confessions of a Naughty Nanny

When a famous music producer moves to Lake Starlight it can’t just be a coincidence. It’s the universe helping to move things along in the right direction so that Griffin Thorne can discover me.

I have to confess—I’ll do whatever it takes to make that happen.

Confession #1: I may have overhead that he was in search of a nanny. What can I say? My brother has a big mouth.

Confession #2: It’s possible I helped along the assumption that I had nanny experience. Hey, babysitting my nieces and nephew counts, right?

Confession #3: There’s a good chance I oversold my qualifications. But my Grandma Dori backed me up, so it’s not completely my fault.

And it worked. He hired me. Only for me to find out that he left the business.
I guess it’s on to Plan B.

When he accidentally overhears me singing, I expect nothing from him. Then he asks to work with me on a song for our town’s Founder’s Day Parade and it feels like a dream come true. Until…

Confession #4: I’ve fallen for him.

One girl must make a name for herself–or die trying –in this royal fantasy where an unknown peasant becomes the ultimate ruler. But how long can she keep the crown if everyone wants her dead? Perfect for fans of Furyborn, Red Queen, and Everless.

It shouldn’t even be possible. I’m Nameless, a class of citizens so disrespected, we don’t even get names. Heck, dozens of us have been going missing for months and no one seems to care.

But there’s no denying the tattoo emblazoned on my arm. I am queen. In a palace where the corridors are more dangerous the streets, though, how could I possibly rule? And what will become of the Nameless if I don’t?

What stories are you excited for this January?