Honestly where has the time gone? How are we already almost done with the first month of 2019?! I feel like it was just yesterday I was still in the hell hole that was 2018 waiting for the ball to drop.
But as usual, February for me is the mark of the beginning of book season–where releases of my most anticipated books start rolling out in droves and my wallet cries out for a buying ban (to this day none have worked so far–let me know if you have an effect method of sticking to a book buying ban!). So it isn’t hard to see why I have a bunch of great releases on my radar for the coming month!

Sixteen-year-old Bri wants to be one of the greatest rappers of all time. Or at least make it out of her neighborhood one day. As the daughter of an underground rap legend who died before he hit big, Bri’s got big shoes to fill. But now that her mom has unexpectedly lost her job, food banks and shutoff notices are as much a part of Bri’s life as beats and rhymes. With bills piling up and homelessness staring her family down, Bri no longer just wants to make it—she has to make it.

On the Come Up is Angie Thomas’s homage to hip-hop, the art that sparked her passion for storytelling and continues to inspire her to this day. It is the story of fighting for your dreams, even as the odds are stacked against you; of the struggle to become who you are and not who everyone expects you to be; and of the desperate realities of poor and working-class black families.
I am honestly really excited to read this! Angie was one of my all time favorite debut authors of 2017 and I am stoked to see how her writing has progressed and changed in her latest piece.

Everyone says I’m a bad girl. They’re only partly right—I don’t let fear rule me, and I certainly don’t care what people think. But I draw the line at sleeping with the enemy. As the daughter of Briar’s head hockey coach, I’d be vilified if I hooked up with a player from a rival team.
And that’s who Jake Connelly is. Harvard’s star forward is arrogant, annoying, and too attractive for his own good. But fate is cruel—I require his help to secure a much-coveted internship, and the sexy jerk isn’t making it easy for me.
I need Connelly to be my fake boyfriend.
For every fake date…he wants a real one.
Which means this bad girl is in big trouble. Nothing good can come from sneaking around with Jake Connelly. My father would kill me, my friends will revolt, and my post-college career is on the line. But while it’s getting harder and harder to resist Jake’s oozing sex appeal and cocky grin, I refuse to fall for him.
That’s the one risk I’m not willing to take.
I am a huge fan of Elle Kennedy since I binge read her Off-Campus Series (high key recommend, especially the first book, The Deal) so it is no shocker that I would jump at her newest release which is set in the same world. The Risk is the second novel in her Briar U series, and as I am currently in the middle of the first installment in this series, I am super pumped to get my hands on this one.

The Priory Of The Orange Tree by Samantha Shannon (Feb. 26)

A world divided.
A queendom without an heir.
An ancient enemy awakens.
The House of Berethnet has ruled Inys for a thousand years. Still unwed, Queen Sabran the Ninth must conceive a daughter to protect her realm from destruction—but assassins are getting closer to her door.
Ead Duryan is an outsider at court. Though she has risen to the position of lady-in-waiting, she is loyal to a hidden society of mages. Ead keeps a watchful eye on Sabran, secretly protecting her with forbidden magic.
Across the dark sea, Tané has trained all her life to be a dragonrider, but is forced to make a choice that could see her life unravel.
Meanwhile, the divided East and West refuse to parley, and forces of chaos are rising from their sleep.
Mah heart. This book is a promise of a whirlwind time. I was graciously given an excerpt of the first 100 pages of this from NetGalley which you can see my thoughts on it in my review (Mini-Reviews Monday #4). The excerpt left me wanting more and totally had me invested into the lives of these characters. A time will be had with this for sure!

A divided nation. Four Queens. A ruthless pickpocket. A noble messenger. And the murders that unite them.
​
Get in quick, get out quicker.
These are the words Keralie Corrington lives by as the preeminent dipper in the Concord, the central area uniting the four quadrants of Quadara. She steals under the guidance of her mentor Mackiel, who runs a black market selling their bounty to buyers desperate for what they can’t get in their own quarter. For in the nation of Quadara, each quarter is strictly divided from the other. Four queens rule together, one from each region:
Toria: the intellectual quarter that values education and ambition
Ludia: the pleasure quarter that values celebration, passion, and entertainment
Archia: the agricultural quarter that values simplicity and nature
Eonia: the futurist quarter that values technology, stoicism and harmonious community
When Keralie intercepts a comm disk coming from the House of Concord, what seems like a standard job goes horribly wrong. Upon watching the comm disks, Keralie sees all four queens murdered in four brutal ways. Hoping that discovering the intended recipient will reveal the culprit – information that is bound to be valuable bartering material with the palace – Keralie teams up with Varin Bollt, the Eonist messenger she stole from, to complete Varin’s original job and see where it takes them.
I am beyond intrigued about this book. Based on the reviews from friends that have read this, I am told that this plays out as a murder mystery set in the Fantasy genre, which has my ears all kinds of perked up because 1) I LOVE me some Fantasy and 2) I haven’t read a good who-dun-it novel in what seems like ages and I’m itching to get back into it all.

Text Me Baby One More Time by Teagan Hunter (Feb. 11) 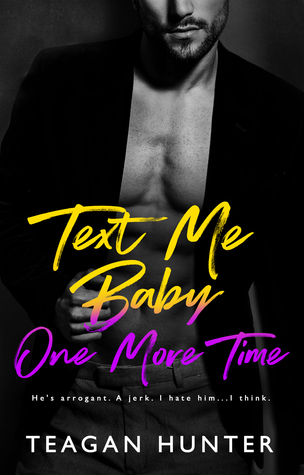 A second-chance romcom.
I love you, he said.
Forever, he said.
Turns out, he lied.
When he leaves me high and dry after a cross-country move, I push him out of my life as much as I can, which is hard to do when the guy who broke your heart also happens to be the most famous dude in town.
After a disastrous year, he’s aiming to rehab his reputation, and I just so happen to be aiming for a promotion at the paper.
So, we strike a deal, and it’s a win-win all around.
Besides, what’s the harm in a few dates to charity galas anyway?
He’s arrogant, a total jerk. There’s no way I’ll fall for him…again.
I used to love him. Now I hate him…I think.
I stan everything Teagan Hunter does. She could write about her oven being broken and I would gobble it up on sight. I am trash–this is fine.

What Books are you excited for in February? Let me know!