I am honestly so happy that 2019 is here! Don’t get me wrong, I learned a lot from 2018 but I’m stupid excited to chuck her into the fuck it bucket. To be fair though, 2019 has started off a little bit shaky, but that is what happens when you implement new things and are trying to do better.
One thing, however, that isn’t trying to do better is all of my excitement for 2019 releases! and January is FLOWING with amazing tomes I literally cannot wait to get my grubby little hands on. My bank account cries out, but my heart cries out louder. Guess I’m listening to my heart on this one then… 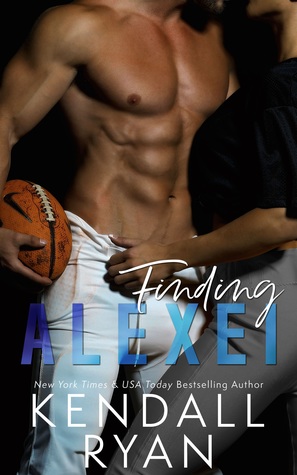 He’s bossy, moody, and overprotective.
He’s also a pro athlete who needs to focus on winning games and staying out of the headlines.
I’m fiercely independent and need a man like I need a second period each month.
So when our worlds collide, I never expected him to be the one to jump in and save me. Especially not when my roommate disappears, leaving me with her baby.
I’m clueless about babies—and it shows. Good thing Alexei isn’t. With six nieces and nephews and an apparent hero complex, the dude is both sexy and more than capable. It’s a combination that makes it easy to forget we’re just playing house.

In An Absent Dream by Seanan McGuire (Jan. 8)

This is the story of a very serious young girl who would rather study and dream than become a respectable housewife and live up to the expectations of the world around her. As well she should.
When she finds a doorway to a world founded on logic and reason, riddles and lies, she thinks she’s found her paradise. Alas, everything costs at the goblin market, and when her time there is drawing to a close, she makes the kind of bargain that never plays out well.
For anyone . . .

Set in a darkly glamorous world, The Gilded Wolves is full of mystery, decadence, and dangerous but thrilling adventure.
Paris, 1889: The world is on the cusp of industry and power, and the Exposition Universelle has breathed new life into the streets and dredged up ancient secrets. In this city, no one keeps tabs on secrets better than treasure-hunter and wealthy hotelier, Séverin Montagnet-Alarie. But when the all-powerful society, the Order of Babel, seeks him out for help, Séverin is offered a treasure that he never imagined: his true inheritance.
To find the ancient artifact the Order seeks, Séverin will need help from a band of experts: An engineer with a debt to pay. A historian who can’t yet go home. A dancer with a sinister past. And a brother in all but blood, who might care too much.
Together, they’ll have to use their wits and knowledge to hunt the artifact through the dark and glittering heart of Paris. What they find might change the world, but only if they can stay alive.

Crush: a strong and often short-lived infatuation, particularly for someone beyond your reach…
Darcy Barrett has undertaken a global survey of men. She’s travelled the world, and can categorically say that no one measures up to Tom Valeska, whose only flaw is that Darcy’s twin brother Jamie saw him first and claimed him forever as his best friend. Despite Darcy’s best efforts, Tom’s off limits and loyal to her brother, 99%. That’s the problem with finding her dream man at age eight and peaking in her photography career at age twenty—ever since, she’s had to learn to settle for good enough.
When Darcy and Jamie inherit a tumble-down cottage from their grandmother, they’re left with strict instructions to bring it back to its former glory and sell the property. Darcy plans to be in an aisle seat halfway across the ocean as soon as the renovations start, but before she can cut and run, she finds a familiar face on her porch: house-flipper extraordinaire Tom’s arrived, he’s bearing power tools, and he’s single for the first time in almost a decade.
Suddenly Darcy’s considering sticking around to make sure her twin doesn’t ruin the cottage’s inherent magic with his penchant for grey and chrome. She’s definitely not staying because of her new business partner’s tight t-shirts, or that perfect face that’s inspiring her to pick up her camera again. Soon sparks are flying—and it’s not the faulty wiring. It turns out one percent of Tom’s heart might not be enough for Darcy anymore. This time around, she’s switching things up. She’s going to make Tom Valeska 99 percent hers.

What January releases are you excited for?