Its the month of QUEENS! I literally was going to do my mini paragraph of personal life things that was going to go on this month, but Mariana Zapata just dropped her latest book while I was in the middle of reading Kingdom of Flesh and Fire by Jennifer L. Armentrout AND Crave Thy Neighbor by Teagan Hunter. So it appears I no longer know how to word (or to English since I’ve had to edit this sentence four times now) with so many book drops.

TL;DR–The Queens have/are all dropping books this month, so I am literally just going to be nose deep in books. 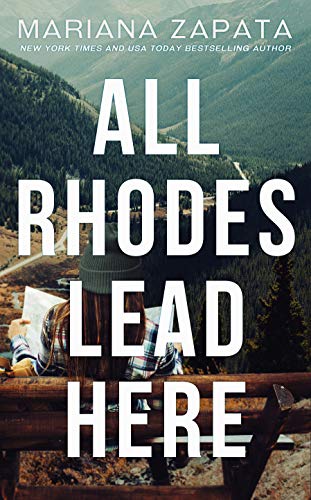 Losing people you love is hard.
Aurora De La Torre knows moving back to a place that was once home isn’t going to be easy.
Starting your whole life over probably isn’t supposed to be.
But a small town in the mountains might be the perfect remedy for a broken heart.
Checking out her landlord across the driveway just might cure it too.

I have all but given up on SCK and saying that hurts my heart. Its just not the show I signed up for and was invested in. As if the TV gods saw my hurt and wanted to give me a warm cuddle, they have granted me (well us because I HIGHLY recommend) Marasli. A Romantic (-ish?) Action Drama that has me literally on the edge of my seat every episode both swooning and mouth gaping.

I am determined to finish Immortals this month if its the last thing I do!

How about you? What are your plans for the month?

Its finally #MAY!!! May is always a fun month for