A group of former Special Forces operatives (Ben Affleck, Oscar Isaac, Charlie Hunnam, Garrett Hedlund and Pedro Pascal) reunite to plan a heist in a sparsely populated multi-border zone of South America. For the first time in their prestigious careers these unsung heroes undertake this dangerous mission for self instead of country. But when events take an unexpected turn and threaten to spiral out of control, their skills, their loyalties and their morals are pushed to a breaking point in an epic battle for survival. Directed by Academy Award (R) nominee J.C. Chandor (Margin Call, All Is Lost, A Most Violent Year) and co-written by Chandor and Academy Award (R) winner Mark Boal (The Hurt Locker, Zero Dark Thirty). Rotten Tomatoes Synopsis

I went into this movie solely for Oscar Isaac. When my Aunt suggested we watch this new Netflix feature for our monthly movie/dinner get together, I didn’t hesitate to say yes–because a) Oscar Isaac is a phenomenal actor and b) I have heard great things about the director, J.C. Chandor, that I wanted to give his work a shot as I have never consciously seen some of his other pieces of cinematography.
Unfortunately this movie was a doozy and I barely made it to the rolling credits.
The film tells the story of a South American heist that goes wrong very quickly and very speedily. With a star-studded cast that plays the roles of five Special Forces veterans who find themselves stumbling unto a once in a lifetime chance to steal money from one of the biggest drug lord’s in South America. Deciding the put selflessness to the back burner and take something for themselves for once. The team travels to South America with the plan of killing a man who the world could never catch and taking his money as payment.
One of the motivating themes that push the characters–who used to be upstanding, patriotic, citizens–to agree to this con, is the belief that they were never truly compensated properly for what they did while in service. Each character has gone into different career paths and ways in life that makes them disgruntled and envious of their own youth and the thrill of the missions that they were on. 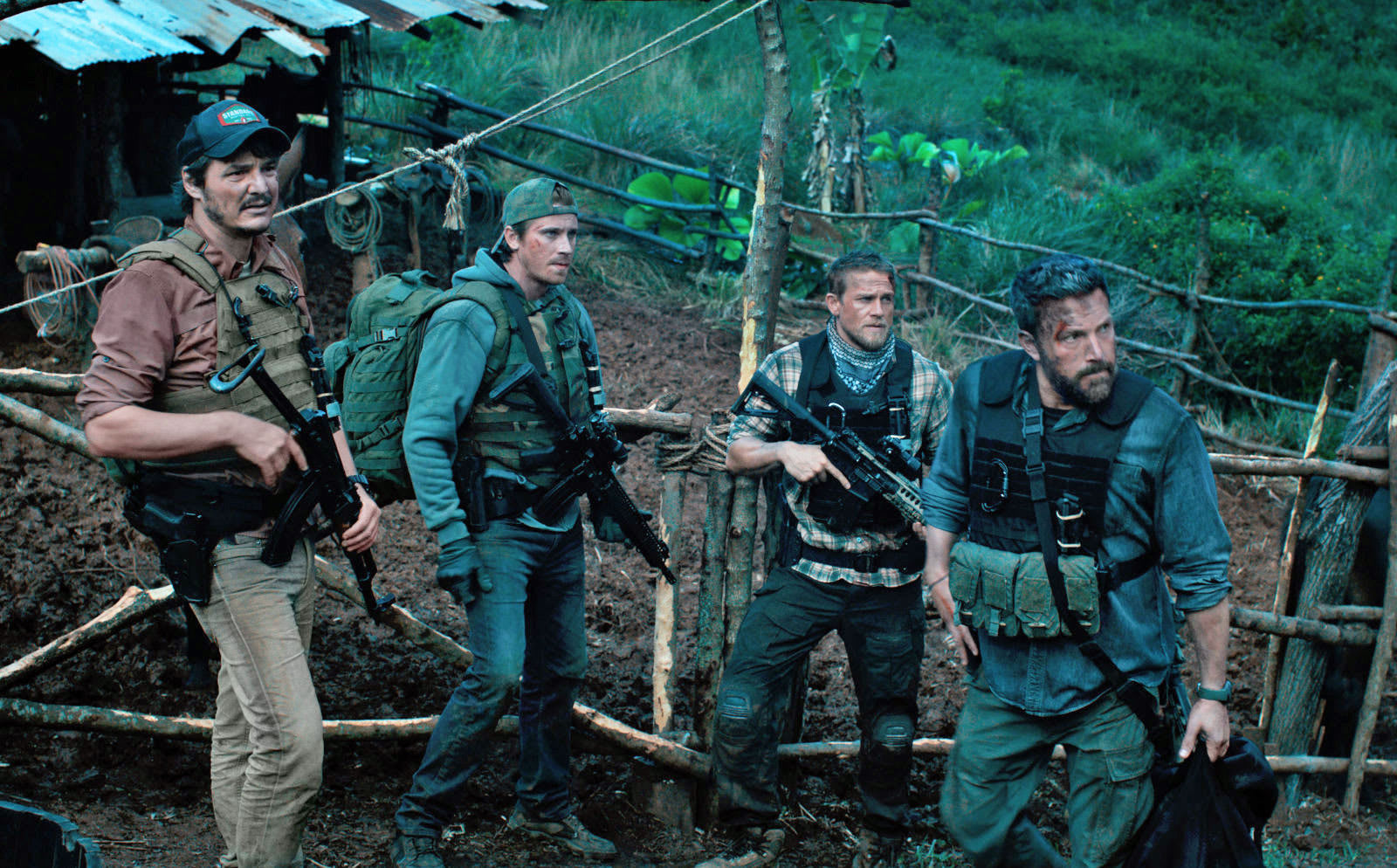 There motive for however, isn’t enough of a saving grace for this movie however, as their life before the heist was far more interesting to view than the actual adventure itself. The caper happened so smoothly and their wasn’t an ounce of complexity to the actual stealing of the money. Everything unfolded seemingly and dully in the first half of the movie, which tipped me off that the true story was what happens after the heist.
Which is fine, I am totally behind a story that portrays the consequences and after effects of a heist, as that isn’t something you typically see in these types of action/adventure films. However, what unfolded was another dose of dull and predictability. The characters saw green and because of that a seemingly flawless mission gets turned upside down.
The film rushes the story to counteract the lack of plot and character development and gives you heavy action to make you feel like you are apart of the heist even though you are anything but engaged or invested in these characters. Unfortunately for the movie, by the time it delivers a plot twist I didn’t see coming, I was so out of tune with the entirety of it all that I never cared.
Overall, Triple Frontier is a star-studded, action filled film that unfortunately doesn’t have enough development to keep its audience invested to the very end. If you don’t mind the lack of development and super rushed plot, then I would suggest you giving this a go!

Have you seen Triple Frontier? If so, what did you think?